Turkey is a popular choice for sun-seekers of all ages. The endless beaches and sheltered coves mean that Turkey is a major beach holiday destination. Istanbul is one of Europe's most visited cities, both for it's cultural sights and its pumping nightlife. Also, the food is well worth a mention, as Turkish cuisine is increasing in popularity across Europe. Doner kebabs are an obvious choice if you're on the move, but it's well worth lingering over a dinner of meze, accompanied by a glass of aniseed raki. Eastern, northern and inland Turkey may appeal to those trying to escape from other tourists, or those beginning the start of a longer route across Asia or the Middle East.

Whatever time of year you come at, it's always worth visiting Istanbul. The vibrant, colourful and noisy Grand Bazaar is worth visiting for leather, sweets and carpets, as well as many other things – just be ready to haggle! The Topkapi Palace is where the Sultan and his bejewelled harem were served delicacies from all over the Ottoman Empire by fearsome eunuchs. Nearby is the majestic Haghia Sophia. Outside Istanbul, visitors flock to the Mediterranean Coast. Many visitors base themselves in or near Mamaris or Antalya to enjoy the crystal-clear sea, while others combine a beach holiday with seeking out ancient historical sights. 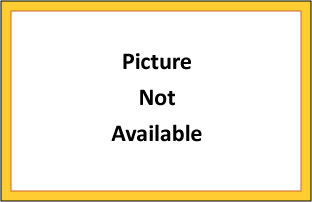 The Black Sea coast is considerably quieter than the Med, and the region is also noted for its forests and mountains. Western Turkey has a number of outstanding historical sights, including the site of ancient Troy, the classical ruins of Ephesus, and the WWI battlefield of Gallipoli. If you'd rather enjoy the present than study the past, pretty Cesme is a centre for kiteboarding and windsurfing. If you are travelling to or from Europe, then stop to admire Edirne, the former Ottoman capital on the Thracian plane. Ankara may be less appealing than Istanbul, but has long been a centre for trade, and is a convenient place to base yourself if you are intent on touring north and central Turkey.

While it's clichéd to say that Turkey is East meets West, there's certainly no other destination in Europe that offers the distinctive culture, history and climate of this unique and dazzling nation.